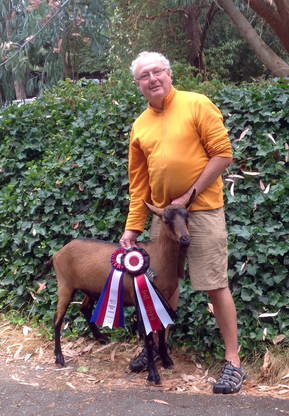 Blindia and her kids Dandelion and Dill-Pickle are really good examples of Oberhasli dairy goats and they won several ribbons at the Saanich Fair 2017!!  This photo shows Charles with Dandelion who topped off all the honours with Junior Champion and Canadian Goat Society Reserve Grand Champion.

This little family will be moving on to Val Macdonald and her Gypsy Ridge herd where they will help bring more wonderful Oberhasli kids into the world!!

Some of the things that we do with the milk from our goats. 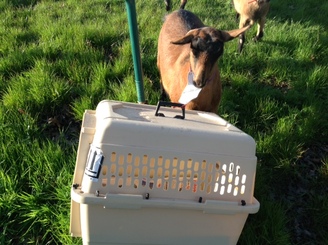 Here is Blindia having a go at the paper label on our cat carrier. Goats mouth objects prior to eating as they don't have fingers to feel them and they are curious. They like to eat paper products, leafy plants and tree bark but are surprisingly selective and will reject certain vegetables or anything that has been nibbled by another goat or dropped on the ground.  My jacket sleeves and zipper tags, my shoelaces and bobble hat are all fair game for a chew but not for eating
Breeding 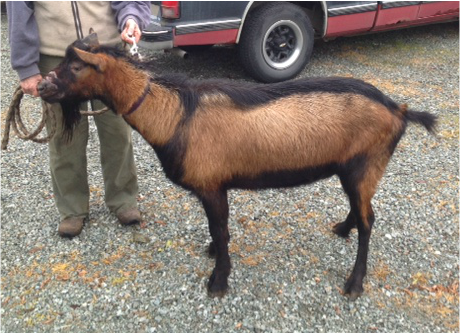 Alpine goats are only fertile in the autumn as the harsh environment of the mountains requires them to have their kids during the spring. A further complication is that the does are only in heat for two to three days every three weeks so if you want to breed your does you need to pay close attention!

Here is a photo of Barney the buck a pure bred Oberhasli (Blackberry Spring Barnea). He is two years old and the pride and joy of our mentor Val Macdonald.
It turned out that two of our does became pregnant from this mating and the third went to the buck a month later for a successful Union.
Zothea gave birth to twin females followed a couple of days later by her daughter Blindia who also had lovely twin girls! Here are some photos of the kids over the first month of their lives. Being involved with the birthing process has been an amazing experience and getting to know the kids is great - boy! they grow fast! 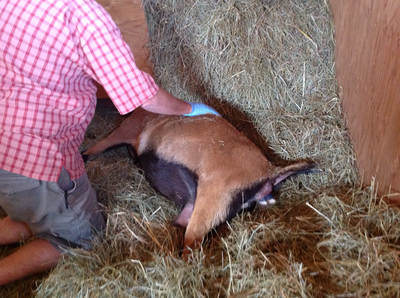 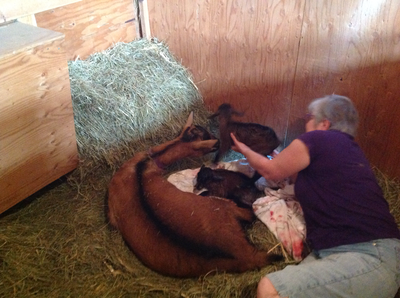 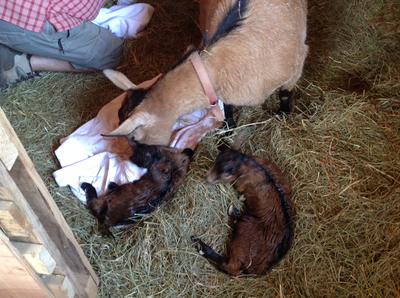 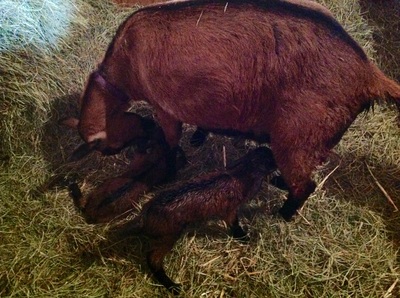 20 minutes since birth and already trying to suckle. 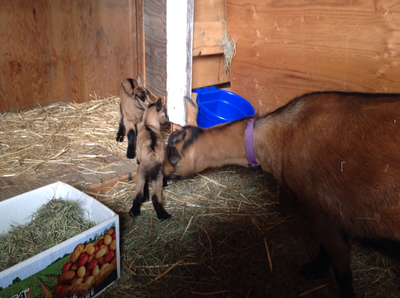 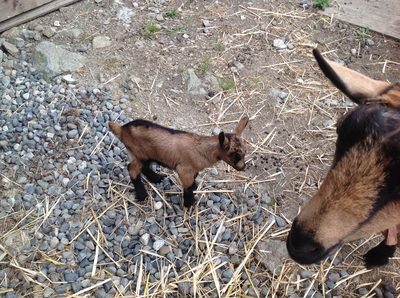 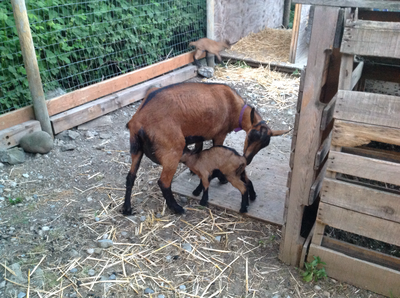 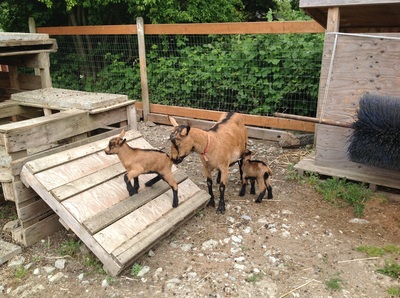 Beginning to explore their world. 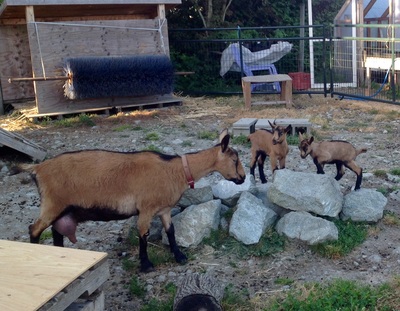 Look at us on the mountain! 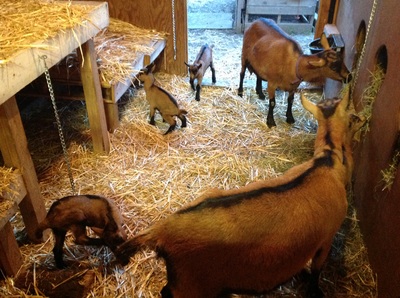 Busy life in the barn! 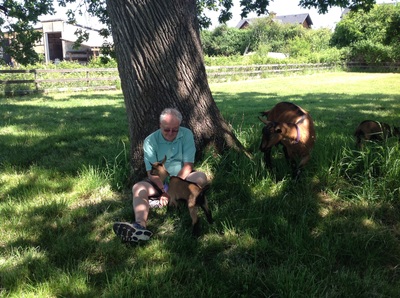 First time in the field! 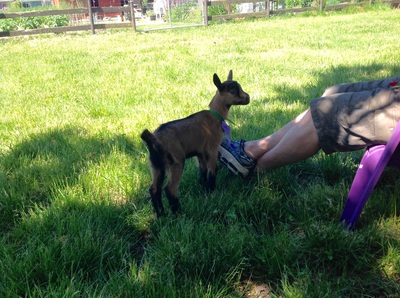 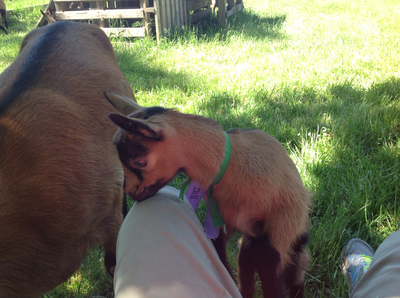 The kids are keen to make friends. This is great as it will be easier to handle them. Besides, we love it too! 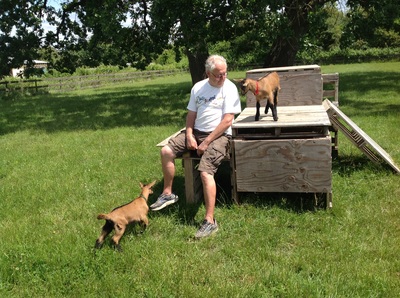 21 days old and just able to leap onto the adult 'mountain'! 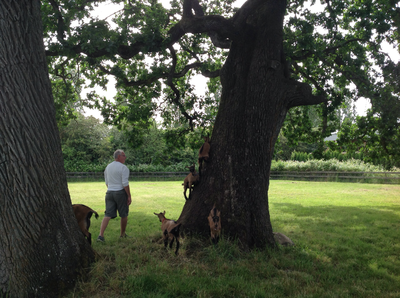 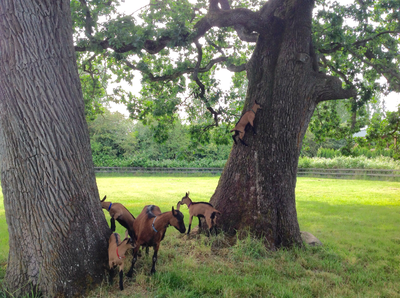 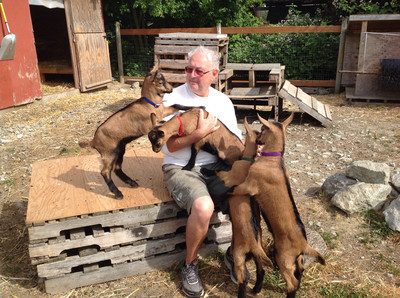 Just a bundle of fun! 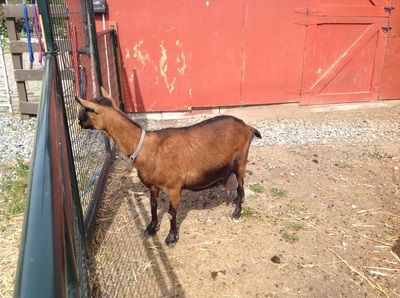 Zenaida still waiting for her babies - any day now!